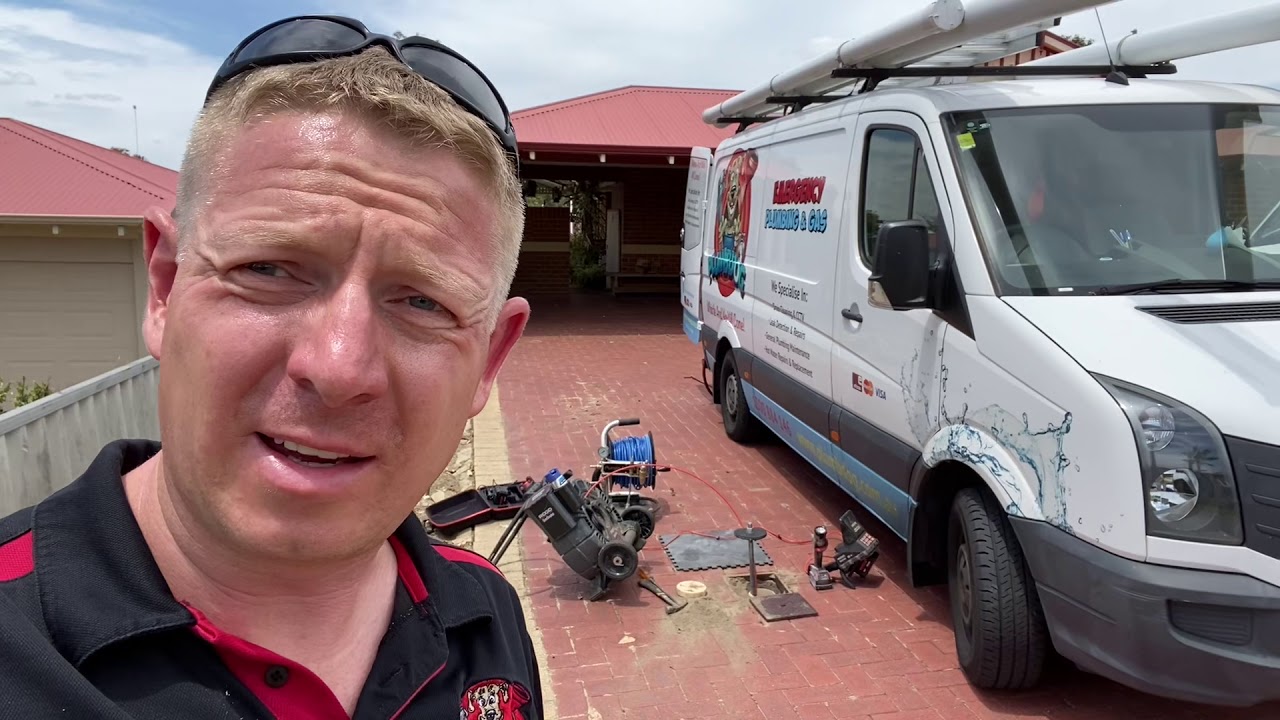 In today’s video, our Plumbdog Richard is at a property in Bibra Lake, Western Australia. Today’s client is facing two issues, both related to water blockage. The first issue is with the toilet system as it is not flushing anymore. When Richard tries to flush it, the water fills up to a pretty high level but drains very slowly. The other issue that the client is facing is with the laundry, as one can hear strange glugging noises which is also a cause of concern.

After it’s clear that the drains are blocked. Richard comes at the property’s backside and points towards a pipe behind him, which is the vent from where the air enters inside the drain. The function of the drain is to flush out the water and allow the air to come inside. We can hear the glugging sounds because there’s a blockage around the vent which Richard suspects are the tree roots that are growing inside the drain. These blockages tend to be present in the space around the toilet, the vent, and also the laundry.

The fact that the toilet present on the front side of the house is working just fine is that the tree is causing a problem in this side of the house, and they need to be cleaned out to get the toilet few flowing and get rid of that googling sound. One way to clean these drains is by digging this end of the house and clean the drains, but the customer is not very keen on letting us dig because they have laid the tiles only recently.

The good part is that the customer knows about the inspection shaft present in the driveway. Using this inspection shaft, we can put the CCTV equipment down the pipes and find our way around the property to figure out the blockage issue and clean it by using the jet combined. Richard now puts in the CCTV 30 meters upstream, finding the way through all the various bends and figures out the tree roots that have been causing the blockage in the drains. He needs to be very careful as the path is very tricky, and putting pressure on the wrong side can cause hefty damage.

Through the CCTV, we can see the clogging due to the tree roots on the pipe’s dry end. As the CCTV moves forward, the movement becomes restricted as it gets very thin. The roots are thick enough, not even to let the water pass through, and that’s the reason for the drainage issue.
Richard now uses his jetaxe nozzle to clean the blockage and annihilates the roots from the pipes. After getting done with the process, he goes and flushes the toilet to see the results and finds out that the procedure has been a success, and the flush is working just fine.
The nozzle that he used is adequate to get rid of 100 percent roots causing the blockage.
So in case you are facing any blockage issue at your place, then wait no more and give us a whistle. Our plumdog will reach your place and help you get rid of all the drain blockages completely.

If you like the video, let us know in the comment section below, and do not forget to subscribe and press the bell icon to get notified every time we upload a new video.