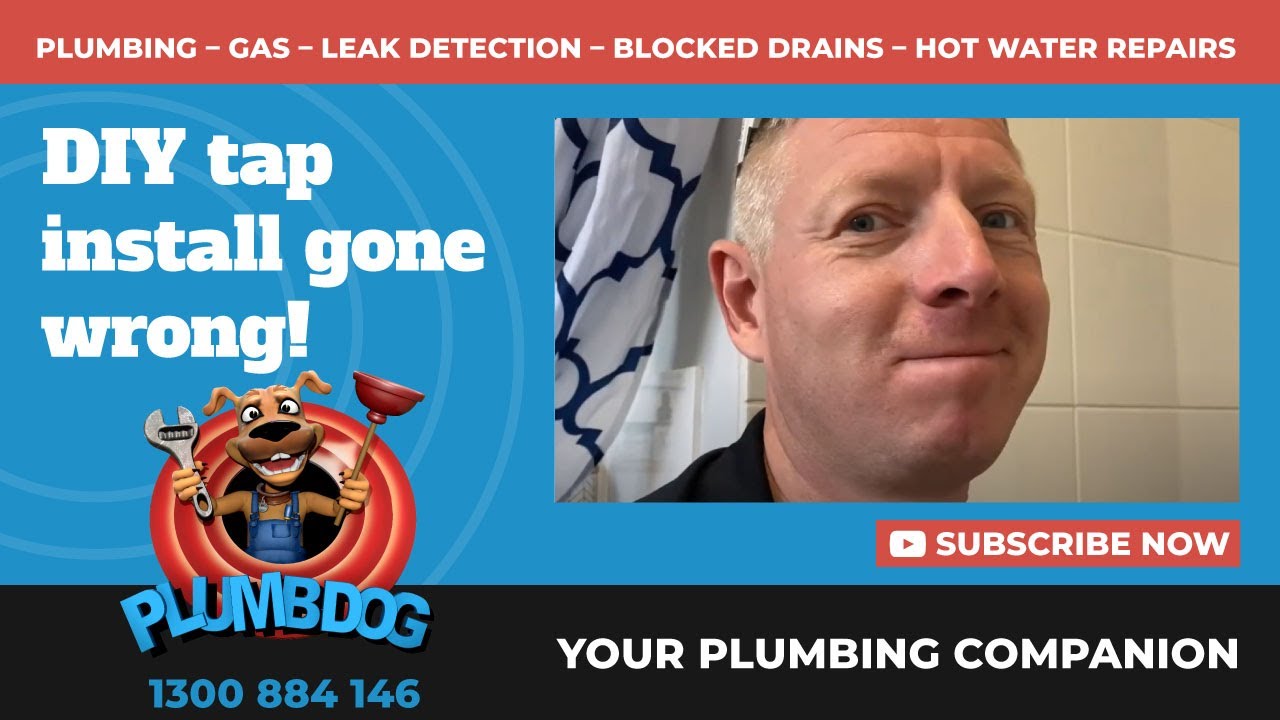 Top dog Richards been called out to a property in Harrisdale, WA for a few different plumbing issues and today he’s sharing with us the water leak that goes from the bathroom into the master bedroom and what he does to rectify it.

If you suspect you might have an issue with leaking taps, you could follow some of the basic steps Richard takes to investigate the issue as a little ‘how to’. You might find a small leak in the tap which could be fixed by a simple tap service and if caught early enough, could save some costly damage being done to your property.

THE ISSUE WAS IN THE COLD WATER TAP

This one didn’t take too much investigation. Straight away after removing the shrouds, it’s obvious that something wasn’t quite right. Both taps were different and the hot water tap was not installed properly. On top of that, as soon as Richard turns on the cold water tap without the shroud on, water clearly leaks from the tap.

You may have seen a recent VLOG that we did about the importance of reseating and not simply changing tap washers. If you haven’t seen it yet then check it out here after you finish watching this video.

We can’t stress the importance of reseating. It doesn’t surprise us if this tap wasn’t reseated when installed as the installation job itself did not look like quality work which you can see from the video.

MORE THAN JUST A WATER LEAK

Apart from the obvious problem of finding and fixing the water leak, plumbing issues like this also cause other problems which may end up costly to fix. For example, replacing carpets is not a cheap exercise and you Richard shows you the water stain already in the carpet as a result of the leak. There were also cracks in the paint and plaster (possibly a result from the water leak).

FLUSHING OUT THE TAPS

When work is complete, it is important to flush out the pipes without anything connected. This allows for any debris from the reseating to be washed out first before getting caught in the shower head. See in the video how even though Richard has already flushed the taps, he continues to remove the shower head to give a final last flush to ensure that any remaining g debris does not get lodged in the shower head.

We always say we have all the gear and every idea! From having all the right parts, tools to years of experience. You can see from our videos that we strive to achieve the best outcomes with minimal disruption to both our customers and the properties we work with. Next time you’re in need of any genuine maintenance plumbing in the greater Perth area, give us a whistle and we will come!