[How To] Locate A Gas Leak 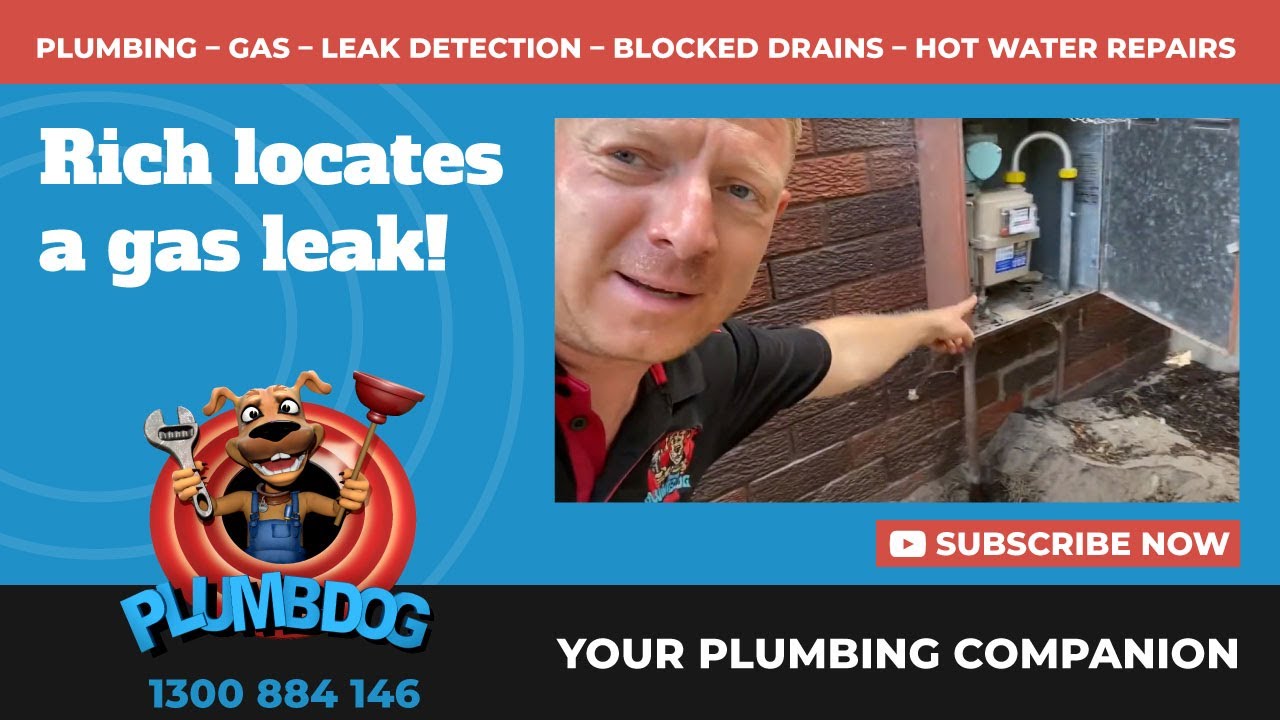 Another day for our top dog Richard as he headed off to Wilson, WA for a water leak detection job.  There was already an initial visit to the property, and he was able to identify where the burst water pipe and fixed it with a temporary repair.  Two to three weeks later he comes back to complete the work, and that is to lay new supply pipes.  This would mean he would have to dig around and that is why he brought an excavator for the job.  Part of what he needed to do was to locate all the other supply services such as the water, electricity, and gas supply. On one side of the property, Richard would have to manually dig through this small corner area where the gas meter is. Armed with his good old shovel he uncovered the Atco gas main line. However, while digging he was able to notice something that was not supposed to be in the picture, he smells gas. From a burst water pipe, we have now a suspected gas leak too!

Plumber’s hat OFF and now gasfitter’s hat ON! Since Richard was able to expose the gas pipes he will now investigate where the leak is coming from.  He was able to uncover an old rusty galvanized pipe connected to a pretty new yellow PVC pipe.  It is quite simple on how to find a pipe leak; all we need is some soapy water. Mix regular dishwashing detergent with water and place them in a spray container. After making the mixture, spray it on the pipe then wait and observe.  He saw that bubbles started to form on the rusty part of the galv pipe and he could even hear a faint hissing sound, thus confirming the leak.  Bubbles forming in an area is an indication of leak and this needs to be reported.

Before he continues any further with his digging, he will need to report the gas leak to ATCO gas by calling their helpline so they can dispatch a technician onsite. Due to the nature of the problem, it will be deemed as an emergency and will need to be dealt ASAP, within the next hour or so. Important reminder: any gas leak should be reported right away to a gasfitter or the supplier.

The work done by the previous technician was not a great job job. Instead of extending the new pipe up until the rusty galvanized pipe they just had it cut up to a certain portion.  The leak would have been avoided if they replaced the entire line.

We have all the gear and every idea and that’s why we believe we are the best maintenance plumbing experts in Perth. Licensed plumbers and Gasfitters, give us a whistle!